Friends of Amani Canada is seeking to retain an experienced fundraising officer to for a contract position as Director of Development, working from home for two days a week. 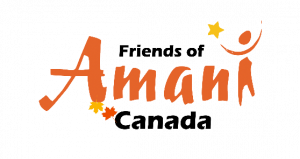 About Friends of Amani Canada

Friends of Amani Canada was established in 2008 to raise funds to support the work of Amani Center for Street Children in Tanzania.

In the period since then, volunteers at Friends of Amani have raised over $2 million to support Amani’s work, via:

Today, Friends of Amani has a committed board consisting of a dozen successful business people, largely in the Toronto financial community.

Since its founding in 2001, Amani Center for Street Children has grown to become one of the largest Non-Government organizations dealing with street children in East Africa. Today 80 social workers, educators and caregivers in three locations work with and support over 800 children who were previously living on the street.

Amani’s overarching goal is to reunite children with family members and their local communities. Promoting education is a major focus and in some cases Amani provides financial support for school fees or modest family support.

Where it’s impossible to reunite children with family members, Amani operates purpose built facilities where children live and attend school. In some cases Amani also funds vocational training and for the most talented children it will pay for private secondary school and college or university.

The videos below were produced in 2014 and 2016 for the annual fundraising dinners in Toronto, to provide attendees with a sense of Amani’s work.

Erick talks about his plans after being trained as a welder

Mwanaisha and her aunt talk about their life together

This shows the experience of a supporter during a visit to Amani:

An early task for the successful candidate will be to work with interested members of the Friends of Amani Canada board to develop a fundraising plan for the next 12 months and then to begin implementing that plan.

Beyond that, we expect that the successful candidate will meet weekly with the Chair of the Friends of Amani Canada board and potentially other board members to discuss progress and plans for the coming week. As well, this position will regularly communicate with Amani’s Executive Director and Amani staff to ensure that communication with donors and fundraising activity is coordinated.

Specific goals for the fundraising officer include:

The qualities that you will bring to this role include:

The base compensation for this role is $36,000 annually. Depending on performance against predetermined goals, this will be supplemented by a bonus of up to $5,000.

The deadline to submit your application is Friday November 26. Please email a short cover letter with your resume to the Chair of Friends of Amani Canada: