Director of Advancement / Directeur ou directrice du développement – JESUITS OF CANADA / JÉSUITES DU CANADA
The Jesuits of Canada are seeking an experienced, creative, and energetic Director of Advancement to lead the advancement unit and oversee fundraising efforts for our Catholic order. Working from our office in Toronto, the new incumbent will be responsible for leading our Advancement team of five direct reports and fostering a high performing and collaborative working environment.
Posted On: March 28, 2022 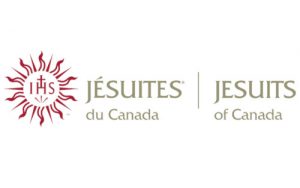 Reporting to the Provincial Superior and working effectively with staff based in both our Toronto and Montreal offices, the new Director of Advancement will be a strong relationship manager and a skilled fundraising generalist. The successful candidate will be comfortable with and excel at developing and maintaining working relationships with Jesuits, Jesuit Communities, Apostolic works, other Partners and volunteers. The new incumbent will lead the Advancement team in effectively cultivating, soliciting and stewarding current and new donors, fostering philanthropic support among individuals who have existing interests in and links to our work in schools, parishes, retreat centers and other organizations across Canada. The ideal candidate will ideally have knowledge and experience working at a national scope and will demonstrate an understanding of regional differences related to philanthropy and adapting fundraising strategies.

This is an opportunity for a professional with a real appreciation for the work of the Jesuits and a willingness to learn and understand about the Jesuits’ mission and charism. The successful candidate will have a familiarity with Catholic tradition and be enthusiastic about playing a role in expanding the impact of the priests and brothers of the Jesuits of Canada.

The position will require occasional travel nationally and to the USA, and regular travel to our Montreal office.

ABOUT THE JESUITS OF CANADA

For over 450 years Jesuit priests and brothers have lived an amazing story of serving the Church in new and unexpected ways. We are still men on the move, ready to change place, occupation, method — whatever will advance our mission in the Church. We are expected to do anything or go anywhere to teach Jesus Christ and preach his Good News.

Today that “we” has expanded to include men and women who share this vision of service to faith and to the justice that faith demands. Together, Jesuits and lay partners place ourselves in the presence of the God who created all people. We are committed to the service of faith, and this requires that we promote justice, foster dialogue between cultures and religions, and lovingly care for those the Lord puts on our path.

Although most people encounter Jesuits locally in schools and other ministries, the Society of Jesus is in fact a missionary order — the largest such order in the Catholic Church.

The Society of Jesus was founded in 1540 by St. Ignatius Loyola, a Basque nobleman and soldier, and seven of his companions, who placed themselves at the disposal of the Pope for the service of the Church wherever the need was greatest.

Today there are almost 17,000 Jesuits serving the Church in 112 nations on six continents.

Formerly, there were two Jesuit Provinces in Canada – The Province of English Canada and the Province of French Canada. In 2018, the two provinces were joined and became the Jesuits of Canada led by Provincial, Rev. Erik Oland, SJ. As a part of the international Society of Jesus, the Jesuits of Canada are at the service of the people of Canada and Haiti. There are currently thirty-five trained Jesuits who live and work in Haiti and an additional thirty or so Jesuits who are in formation, mostly studying outside the country.

The contemporary mission of the Society of Jesus is the service of faith and promotion of that justice of the Gospel that embodies God’s love and saving mercy.

Our ultimate goal is to respond to the call of Christ to be in solidarity with the least and with all, and to grow in our personal and communal call to holiness, generosity, and availability in following Jesus and serving the Church through the Ignatian charism. We show the pathway to God through the Ignatian spiritual tradition, with a focus on young, marginalized, and caring for our common home.

How we do what we do

We believe that love is expressed more fully in deeds than in words. Therefore, we engage in various spiritual, pastoral, social, educational, and missionary ministries. We operate and assist educational institutions across Canada, from elementary schools to universities, as well as a research institute. We serve in parishes and are chaplains in hospitals. We provide spiritual ministries, by giving retreats and offering spiritual direction. We help educate others through various communications media projects.

We are deeply rooted across our ten provinces from Newfoundland and Labrador to British Columbia, and have a strong ministry to Canada’s Indigenous populations, especially in the regions north of the Great Lakes. The Jesuits of Canada belong to the Society of Jesus, a world-web network, united through a superior general in Rome.

Jesuits study and work in almost every country in the world, and our Canadian Jesuits can be found in countries as varied as India, Jamaica, Nepal, Rome, Tibet, Uganda and Zambia. As well, organizations such as the Jesuit Refugee Service allow us to respond to needs across national borders wherever they occur.

The Jesuits of Canada, along with the four American Jesuit Provinces comprise the Jesuit Conference of Canada and the USA.

ADVANCEMENT AT THE JESUITS OF CANADA

The Jesuit Office of Advancement has as its primary mission to raise and provide the funds necessary for the support of Jesuit brothers and priests in formation, in ministry, and in their senior years. This mission is only made possible through the kindness and generosity of our friends and benefactors who support us in our work through their prayers and gifts. In turn, the Jesuits are ever mindful of our friends and benefactors in their Masses and prayers.

Some supporters are volunteers; many participate as donors, giving Jesuits the freedom, flexibility, resources, and training to respond to the greatest needs of the Church. Through these gifts, large and small, our donors make possible the daily work of the Society of Jesus and its ministries throughout the world.

Currently, The Jesuits of Canada raises on average $3 million per year and provides funds for three major Pillars that support the Jesuit Communities:

Support for Jesuits in Formation – The formation of young men is one of the most important ministries of the Jesuits of Canada, as it is an investment in the future – ensuring well-educated, spiritually formed Jesuits trained to take on the challenges of the various ministries to which they are called. The cost of educating a Jesuit in studies and providing care are $68,000 & $60,000 per year respectively.

Support for Senior Jesuits in our infirmaries and communities

While the word ‘retirement’ isn’t really in the Jesuit vocabulary, there are elderly Jesuits who are prevented by age or infirmity from participating actively in the apostolate. The Canada Province supports these men in one of two ways:

Special Appeals and Events – The kindness and generosity of our friends and donors has also contributed to and supported many of our current projects including the Urgent Appeal for Haiti and the Help Renew Our Home, a special appeal to renovate and renew the Jesuit infirmary in Pickering, Ontario. The much-needed renovation will support Jesuits who currently live at René Goupil and those who will move there in the future to keep them healthy and safe for the next 30+ years.

The Jesuit Office of Advancement also hosts a number of fundraising events during their calendar year including The Provincial’s Dinner (Toronto), Scotch Nosing, and the Vins et Fromages in Montréal. Events are commonly held in both the Toronto and Montreal regions and a few in Ottawa as well as the Northern region of Sudbury. In the future, The Jesuits of Canada envision expanding their events to Vancouver, Regina, Halifax and other regions throughout Canada.

Reporting to the Provincial Superior, specific duties for the Director of Advancement include but are not limited to the following:

KCI (Ketchum Canada Inc.) has been retained to conduct this search on behalf of The Jesuits of Canada. For more information about this new role, please contact Sylvie Battisti, Vice-President, KCI Search + Talent at JesuitsofCanada@kcitalent.com

All inquiries and applications will be held in strict confidence. Interested candidates should send resume and     letter of interest to the email address listed above by May 6, 2022.

The Jesuits of Canada is an equal opportunity employer and encourages applications from all qualified applicants. Accommodations will be provided at any stage of the hiring process upon request. Applicants requiring accommodation during the interview process should contact Sylvie Battisti with any enquiries or for assistance.